The Academy Art Museum in Easton, MD held its annual Spring Gala at Canterbury Manor, the beautiful Eastern Shore home of Maxine and James Farrell. Mrs. Farrell serves on the Museum’s Board of Trustees. The Gala welcomed some 230 guests in support of the mission of the Museum to “enhance cultural life on the Eastern Shore.”

The elegant affair featured a Derby Day theme, and the Kentucky Derby was broadcast live at the event. The gorgeously appointed Canterbury Manor provided a beautiful canvas for the Museum’s largest annual fundraiser, which raised a significant portion of the Museum’s annual budget, in support of its service annually to 5,000 school children and 50,000 visitors.

Ben Simons, Director of the Academy Art Museum, comments, “We enjoyed having both longtime and new supporters together at this year’s special event. We are so grateful to the Farrells for hosting such an elegant party that raised critical funds making possible our service to the community!”

For further information about supporting the Academy Art Museum, call 410-822-2787 or visit academyartmuseum.org.

The Museum is located at 106 South Street is one of Easton’s historic landmarks – deeply tied to the educational community in Easton since 1800. Its permanent collection includes important paintings by Gene Davis and Anne Truitt among others and is especially strong on works paper by modern American and European masters. The Museum holds drawings, photographs, and prints by artists such as Pierre Bonnard, Robert Rauschenberg, and Martin Puryear. Visitors experience national and regional exhibitions, concerts, lectures, educational programs, and visual and performing arts classes for adults and children. 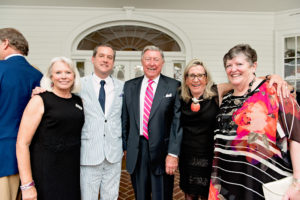 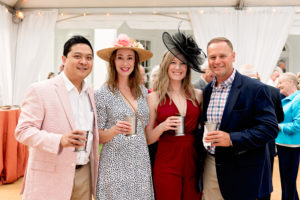 Ben and Kelli Remo and Marla and Scott Best. 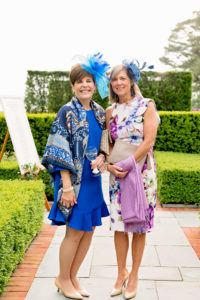 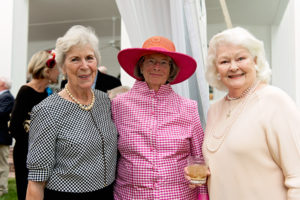 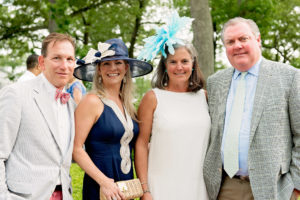 Mike and Christy Gibson and Julie and Hugh O’Donnell. 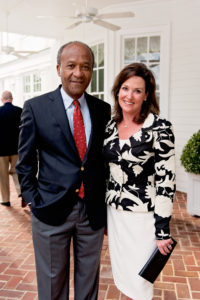