From December 17 – 20, 2016, the Academy Art Museum will be hosting an interactive studio recording session for Kentavius Jones’ debut album, “The Bohemian Beatbox.”

The traditional recording process for studio albums is a very closed affair where musicians and engineers hunker down in private studios to create hidden from the public eye. According to Kentavius Jones, “Though there’s nothing wrong with this process, modern times and ultra-connectivity has further removed artists from their audiences. In an effort to construct a truly interactive recording experience, the public will be invited into a pop-up studio space at the Academy Art Museum to help record the ‘Bohemian Beatbox’, my debut album.”

According to Jones, visitors will be encouraged to paint, snap photographs, sketch or just observe the recording sessions. The free form nature of the process may also prompt audience participation. People will be asked to contribute to the recordings by adding everything from clapping to their voices.

Kentavius Jones is a singer songwriter with an undying passion for creation and expression. For over a decade, he has tirelessly refined his craft on stage and at home, performing at venues from Los Angeles to New York. The Roots, Snarky Puppy and Mint Condition are a few of the fine bands he has played alongside. 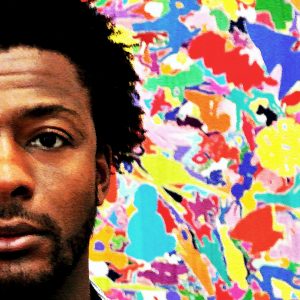