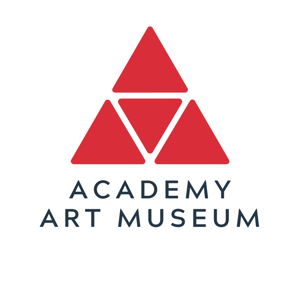 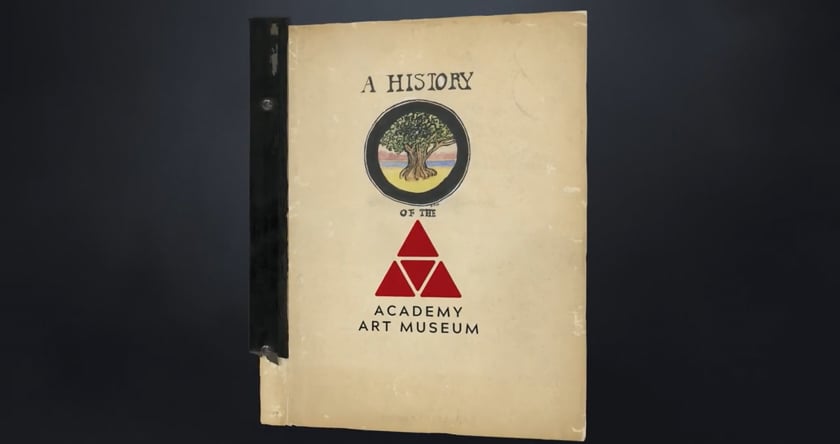 Students and Instructors pose in front of one of the oldest buildings that now comprise AAM, the Easton Primary School, circa 1970.

The mission of the Academy Art Museum is to promote the knowledge, practice, and appreciation of the arts and to enhance cultural life on the Eastern Shore by making available to everyone the Museum’s expanding collection, exhibitions, and broad spectrum of arts programs.

The building which houses the Academy Art Museum (AAM) at 106 South Street is one of Easton’s historic landmarks. In 1820, the original building (now the Museum’s Lederer Gallery) was completed and became home to the first chartered school in Easton. By 1853, the building was expanded (now the Museum’s Healy Gallery) and by 1866 had become the High School of Talbot County, later renamed the Male School of Easton and subsequently the Female School of Easton. By the 1880s, the school was known as the Easton Primary and Grammar School until 1933 when it was sold, becoming a funeral home and then an antique store.

Students and Instructors pose in front of one of the oldest buildings that now comprise AAM, the Easton Primary School, circa 1970.

The Academy of the Arts, the Museum’s previous name, was founded in 1958 by six Eastern Shore residents who created a place dedicated to the knowledge, practice and appreciation of the arts. Many additions and improvements were made over the years to the building as the Museum’s membership grew. By the mid-1980s, the Museum purchased the Thomas-Hardcastle house next door. In 1989-1990, after considerable renovation and restoration, the house was joined to the Museum’s original building through a two-story glass atrium, adding 10,000 square feet for administrative offices and classrooms.

In 2005, the Museum added a new wing for a Performing Arts Auditorium and dance studio. At the same time, an extensive reconstruction of the Thomas-Hardcastle house provided space for two permanent collection galleries, a library, a music studio and renovated administrative offices.

In 2020, due to the culmination of its $5+ million capital campaign, the Museum opened its new, contemporary entrance and reimagined courtyard. A freshly landscaped pathway now leads visitors from the cultural corridor of South Harrison Street into the Museum’s new Mary Lou McAllister Courtyard. The new modern glass A. James and Alice B. Clark Entrance designed by Baltimore, Maryland architects Ziger|Snead, leads visitors into the Saul Atrium Gallery and Museum galleries.

Our mission is to promote the knowledge, practice, and appreciation of the arts and to enhance cultural life on the Eastern Shore by making the Museum's expanding collection, exhibitions, and broad spectrum of arts programs available to everyone.

Today, the Museum is the cultural hub of the Eastern Shore for art, music, and educational programming and accredited by the American Alliance of Museums.