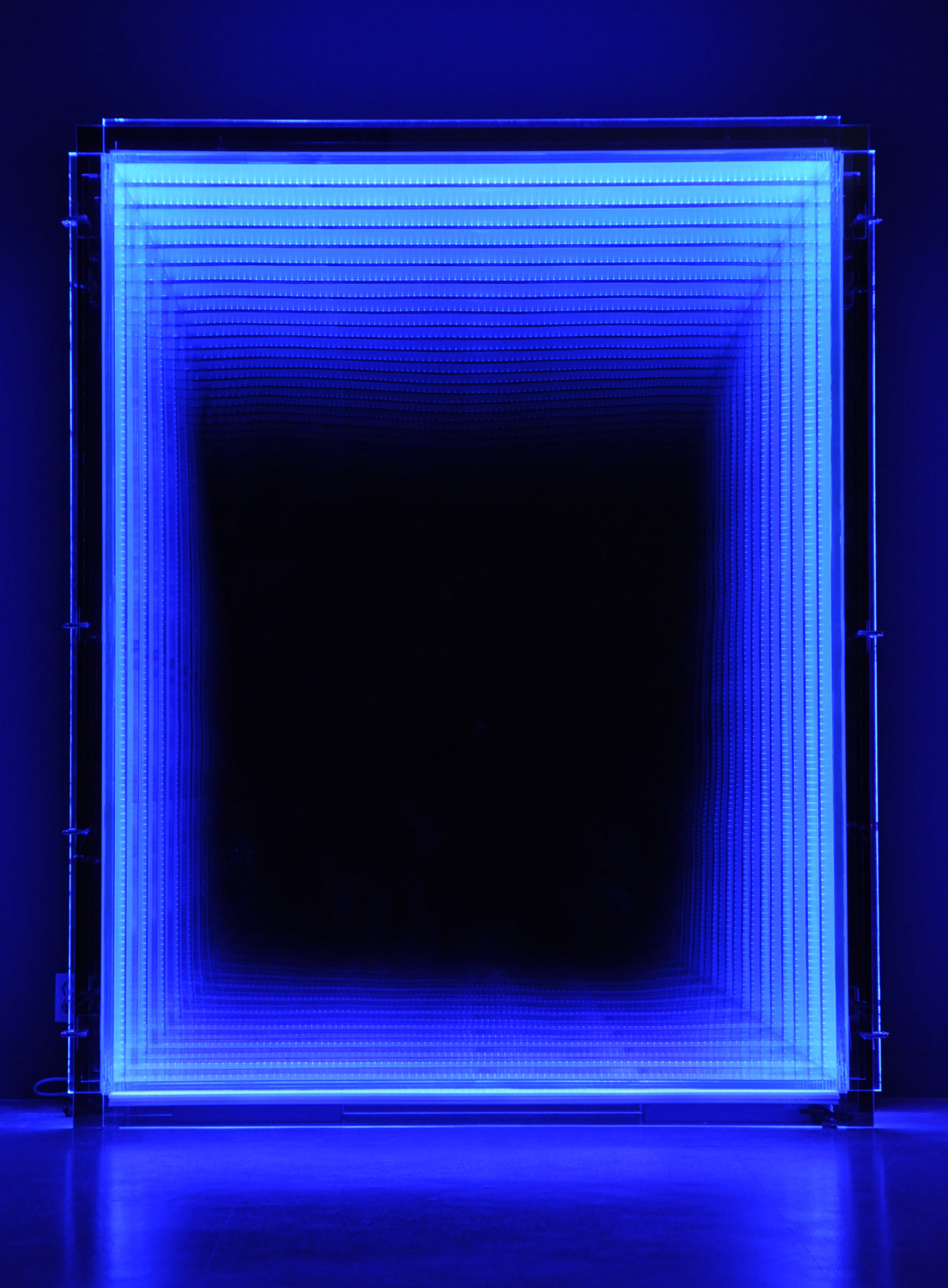 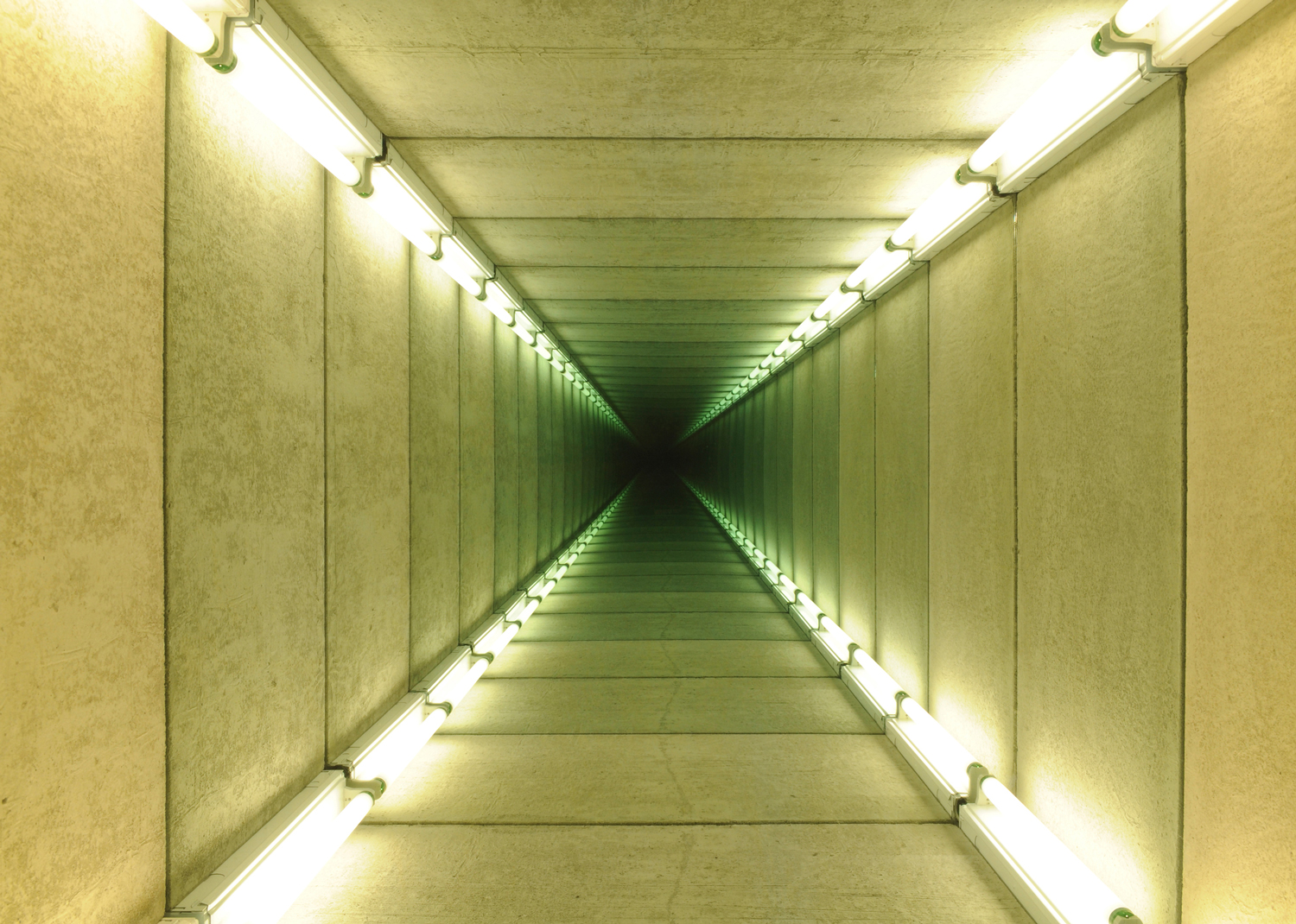 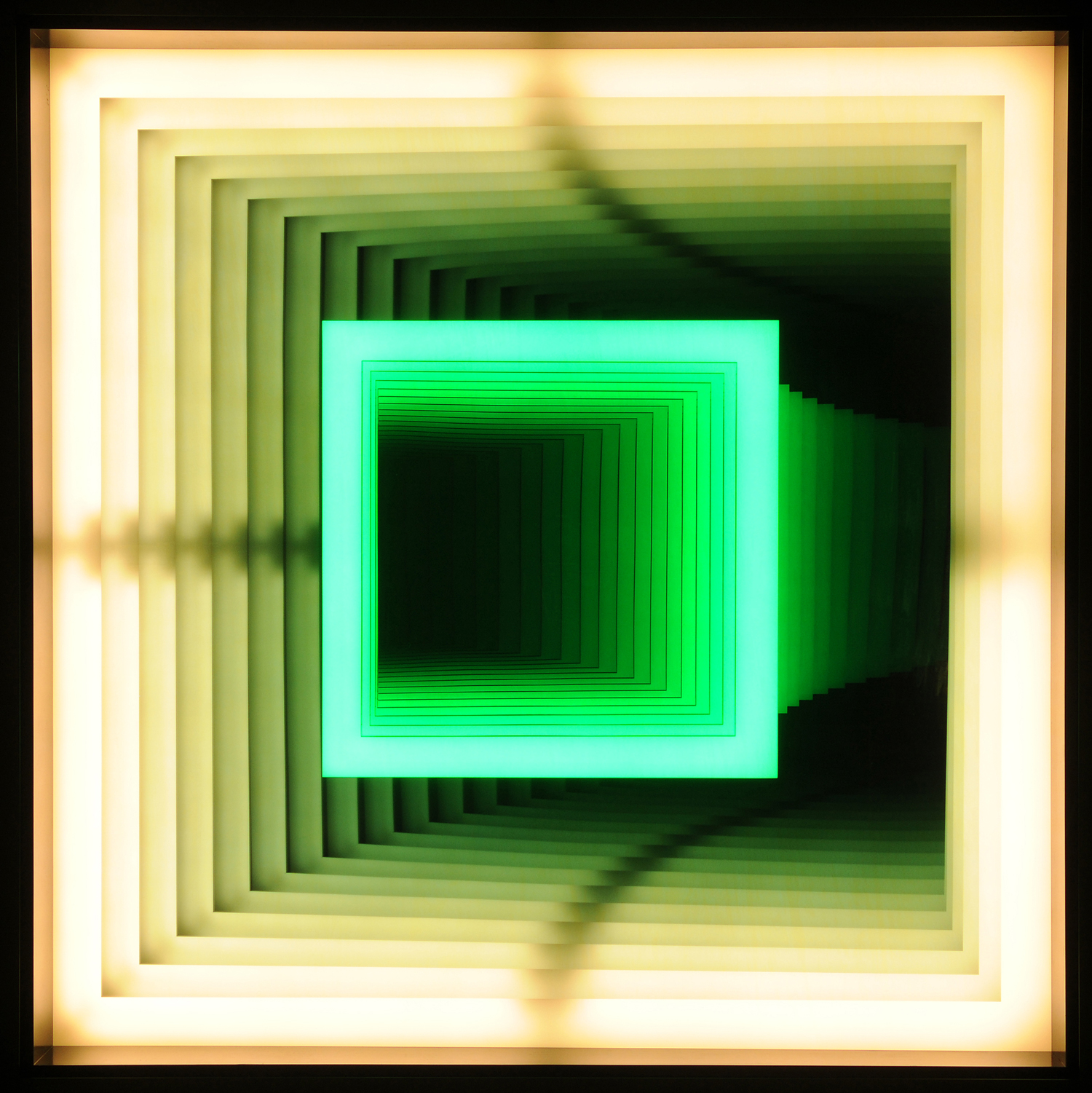 Ahn creates sculptures utilizing light, color, and illusion as physical representations of his investigation of infinite space. He achieves this through the use of electrical light sources including Light Emitting Diodes (LEDs), fluorescent, and black lights set between mirrors and one-way mirrors combined with housings made of plywood, cast concrete, or cast acrylic materials. The image of the work is created through the placement of lights between the two reflective surfaces, which creates the illusion of an infinitely reflecting light sculpture.

Ahn’s mirrored light sculptures arose out of his background as a painter. His interest in hard-edge, geometric abstraction and creating infinite depth within the surface of his canvases led him to place one of his paintings in a box of mirrors. When he discovered the magical properties of one-way mirrors, Ahn knew he had found a method of creating infinite depth. By the time of his 2002 MFA Thesis exhibition at the MICA, he had abandoned traditional painting altogether in order to create his now signature sculptural light constructions.

In 2011, Ahn began a new body of work entitled “Mirror Drawings” which reintroduced his own painterly hand to the work. The drawings are made by scratching into the back of the mirror layer to create line-based, abstract images instead of allowing the construction of lights themselves to form that image. In addition to the drawings, Ahn has been experimenting with collaged mirrors and opaque, sandblasted glass to construct works such as “Through #2” (2013) that appear to extend in multiple directions at once within the same frame. While an exploration of architectural spaces has always been present in the artist’s work with his “Corridor,” “Tunnel,” and “Well” series, his most recent “Void Platform” pieces allow viewers to walk across the surface of the piece itself.

Ahn’s first solo exhibition was with C. Grimaldis Gallery in 2003 with six light sculptures. Since then he has exhibited extensively nationally and internationally and is included in numerous private and public collections in Paris, Karlsruhe, Seoul, Istanbul, Dubai and closer to home at the Delaware Art Museum, amongst many others.

The exhibition will be accompanied by a small publication and has been made possible with the generous support of the C. Grimaldis Gallery, Baltimore.