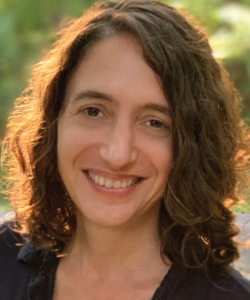 We have reached capacity in the main theater, but will accommodate additional guests in a seated overflow space with a large projection—first come, first served.

Overflow guests will be able to participate in the Q&A, reception, and book signing.

The Academy Art Museum and Talbot County Free Library are pleased to host Pulitzer Prize–winning journalist and New Yorker staff writer Kathryn Schulz as she discusses her debut memoir with her partner, acclaimed writer Casey Cep. A reception and book signing will follow their conversation. Books will be available for purchase at the Museum that evening or from Browseabout Books in Rehoboth Beach, Delaware: www.browseaboutbooks.com. This event is free. Masks are required. 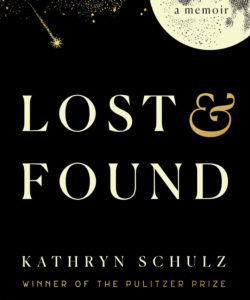 Eighteen months before Kathryn Schulz’s beloved father died, she met the woman she would marry. In Lost & Found, she weaves the stories of those relationships into a brilliant exploration of how all our lives are shaped by loss and discovery—from the maddening disappearance of everyday objects to the sweeping devastations of war, pandemic, and natural disaster; and finding new planets to falling in love, along the way. The resulting book is part memoir, part guidebook to living in a world that is simultaneously full of wonder and joy and wretchedness and suffering—a world that always demands both our gratitude and our grief.

Casey Cep is a staff writer at The New Yorker and the author of Furious Hours: Murder, Fraud, and the Last Trial of Harper Lee, which was a New York Times bestseller and named one of the best books of 2019 by the Washington Post, The Economist, TIME Magazine, and President Barack Obama. She graduated from Harvard College with a degree in English, then earned an

M.Phil in Theology at the University of Oxford as a Rhodes Scholar. She lives on the Eastern Shore of Maryland with her family.

*Reservation holders: please arrive prior to 5:45pm to be guaranteed a seat in the main theater. All unclaimed reservations will be released at that time. Once the Museum has reached capacity in the theater, guests will be seated in an overflow space to view the talk on a screen. Masks are required.