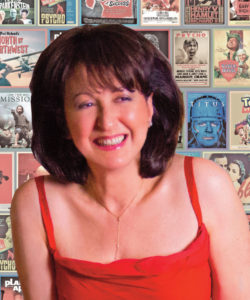 Next spring we will welcome back the dynamic presenter Dr. Rachel Franklin. Her course takes a unique look not only at the music of these five great composers, but also at the fascinating way in which their paths intertwined, both socially and artistically. All were born within five years of one another, between the years 1809-1813.

To a great degree, the professional lives of these extraordinary men revolved around the great artistic centers of 19th century Europe, cities such as Paris, Leipzig, Berlin and London. Revolutions both political and industrial had created a new middle class with disposable income and a hunger to spend it on  cultural entertainment. New concert halls were springing up, municipal choirs and concert societies were forming. The piano was becoming de rigeur in any household with pretensions to social status. Newspapers and magazines were suddenly a powerful publicity organ. A spreading network of railways made professional travel a viable possibility for the first time. As career options opened up, ambitious young artists were able to form many more connections and friendships with like-minded individuals than had been possible for such figures as Mozart and Haydn. Inevitably, talent seeks out talent and, as their lives developed, our five composers spent much time in each other’s company.

While they forged new musical paths and imprinted the concept of the working Romantic artist hero on a riveted public, they also partied and concertized together, performed each other’s music and wrote reviews about it, corresponded, lent each other money, quarreled—at times bitterly—and wrote biographies about each other. As performers, conductors, writers and teachers, each influenced the work of the others, sometimes profoundly.