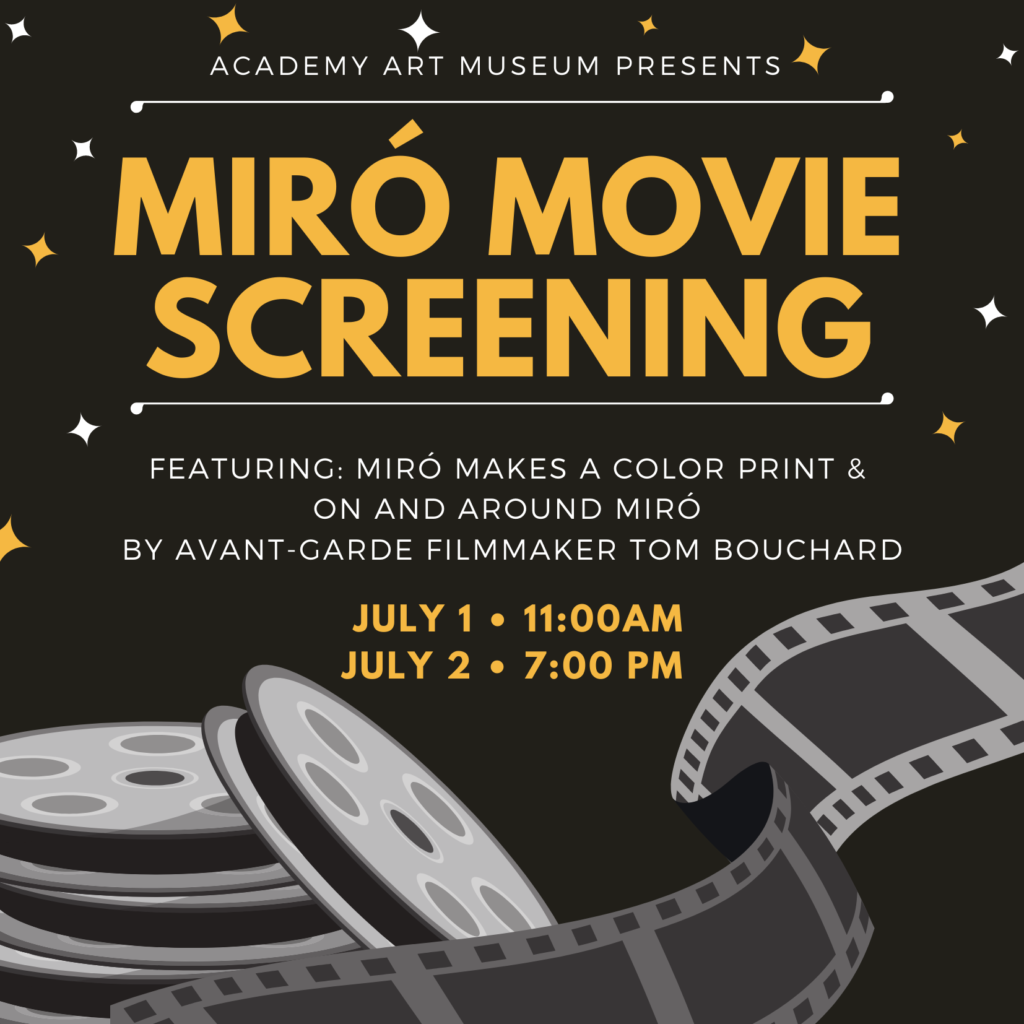 Film director Thomas Bouchard (American, b. Jerusalem, 1895-1984) has delivered rare glimpses into Joan Miró’s life and work through two 16mm films: Miró Makes a Color Print (1947), and On and Around Miro (1955). Miró Makes a Color Print is a 15-minute study of Miró working on a printing plate at Stanley William Hayter’s Atelier 17, which is the focus of the Academy Art Museum’s current exhibition, Miró in New York, 1947, on view through July 8. Picturing and narrating the precise choices and movements Miró makes as he brings his piece to life, Bouchard demonstrates the exacting attention and boundless imagination required of printmaking. On and Around Miró is a more expansive look into the artist’s personality, interests and practice, and occupies a space between documentary and film essay. Over an hour’s worth of beautifully-colored footage from Miró’s studio and day-to-day life becomes a window into the artist’s whimsical, amorphous forms that have solidified him as one of the leading figures in 20th-century Abstract Art.

The Academy Art Museum is grateful to the Harvard Film Archive for loaning the digitized forms of the original 16-mm films to the Museum.