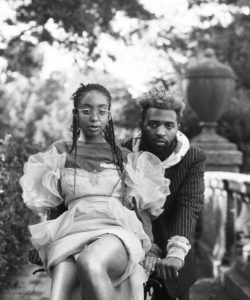 Photography has contributed significantly to the cultural history of the US from the time of its invention as a tool of visualization in the mid-19th century to its establishment as an art form in the early 20th century. Made dynamic by constantly-evolving technologies in image-making, yet in conversation with the historical processes that continue to define its contemporary paradigms, the medium is more relevant than ever as an enlightened tool of critical and artistic inquiry. New Photography II showcases works from across the United States that reveal what is compelling to working photographers today and tackles important questions of representation, truth, materiality and context.

Philip Brookman is the Consulting Curator in the Department of Photographs at the National Gallery of Art, Washington, D.C. There, he has organized Gordon Parks: The New Tide, Early Work 1940–1950 and Intersections: Photographs and Videos from the National Gallery of Art and the Corcoran Gallery of Art. He also edited the book Gordon Parks: The New Tide, Early Work 1940–1950,  organized exhibitions on Eadweard Muybridge, Hank Willis Thomas, Taryn Simon, Sally Mann, Robert Frank, Gordon Parks, Jim Goldberg, Gilles Peress, Larry Sultan, and Danny Lyon. Brookman is a photographer, filmmaker, and writer, working extensively on issues of modern and contemporary art. In 2015 Steidl published his book Redlands, a work of fiction with photographs. He was selected to a museum fellow at the J. Paul Getty Museum in Los Angeles in 2020.