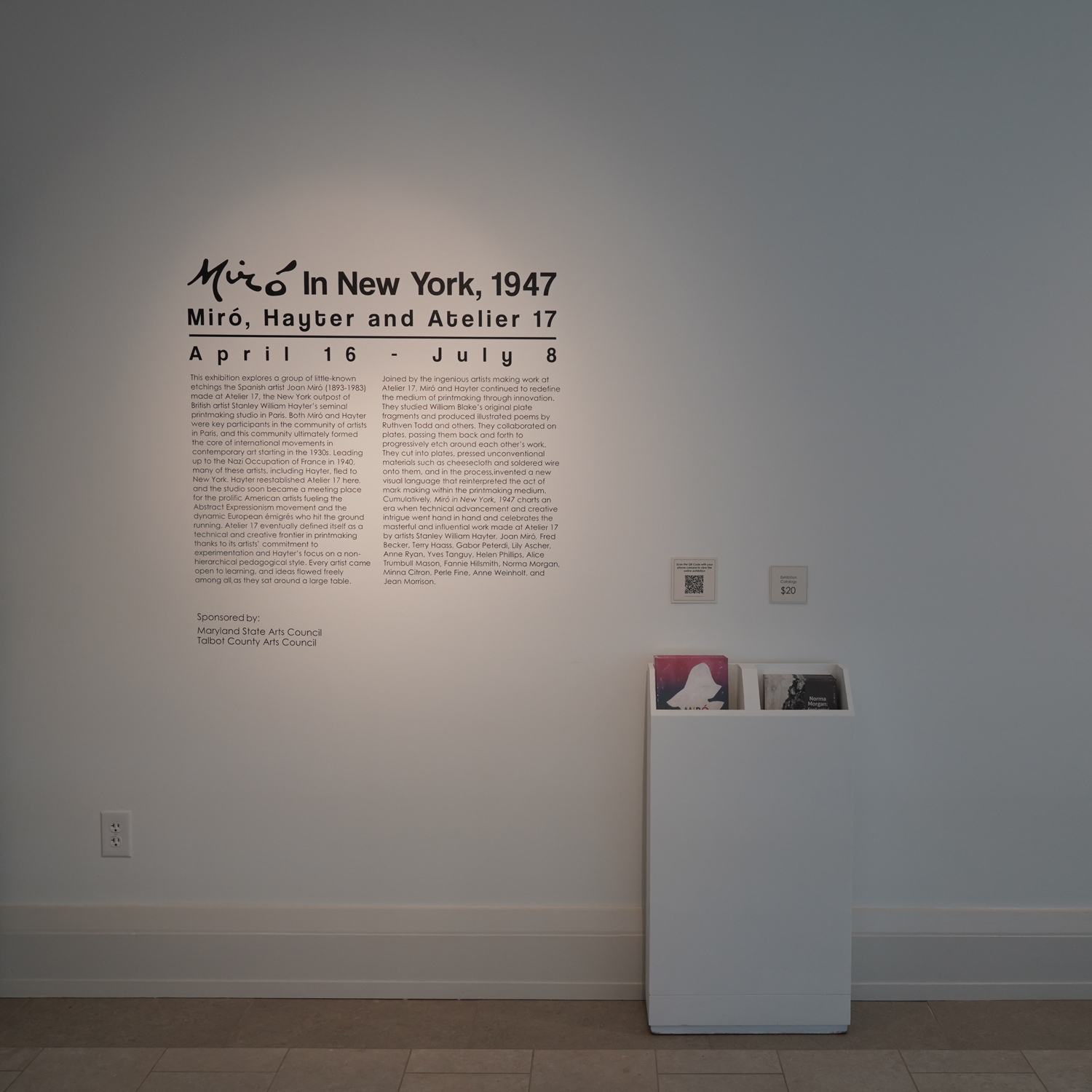 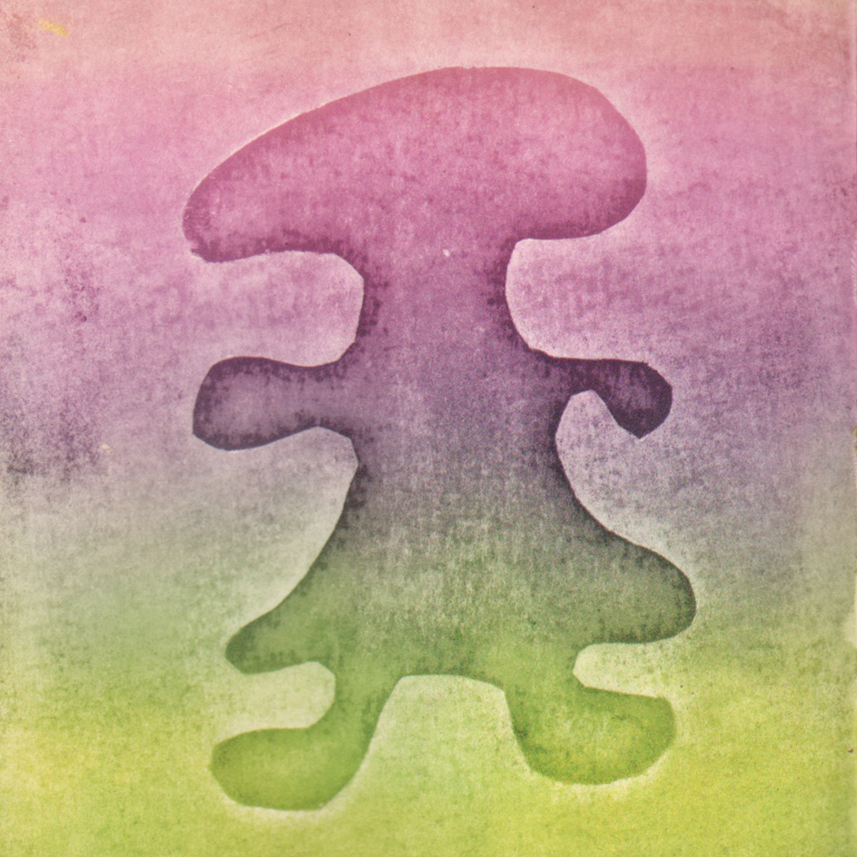 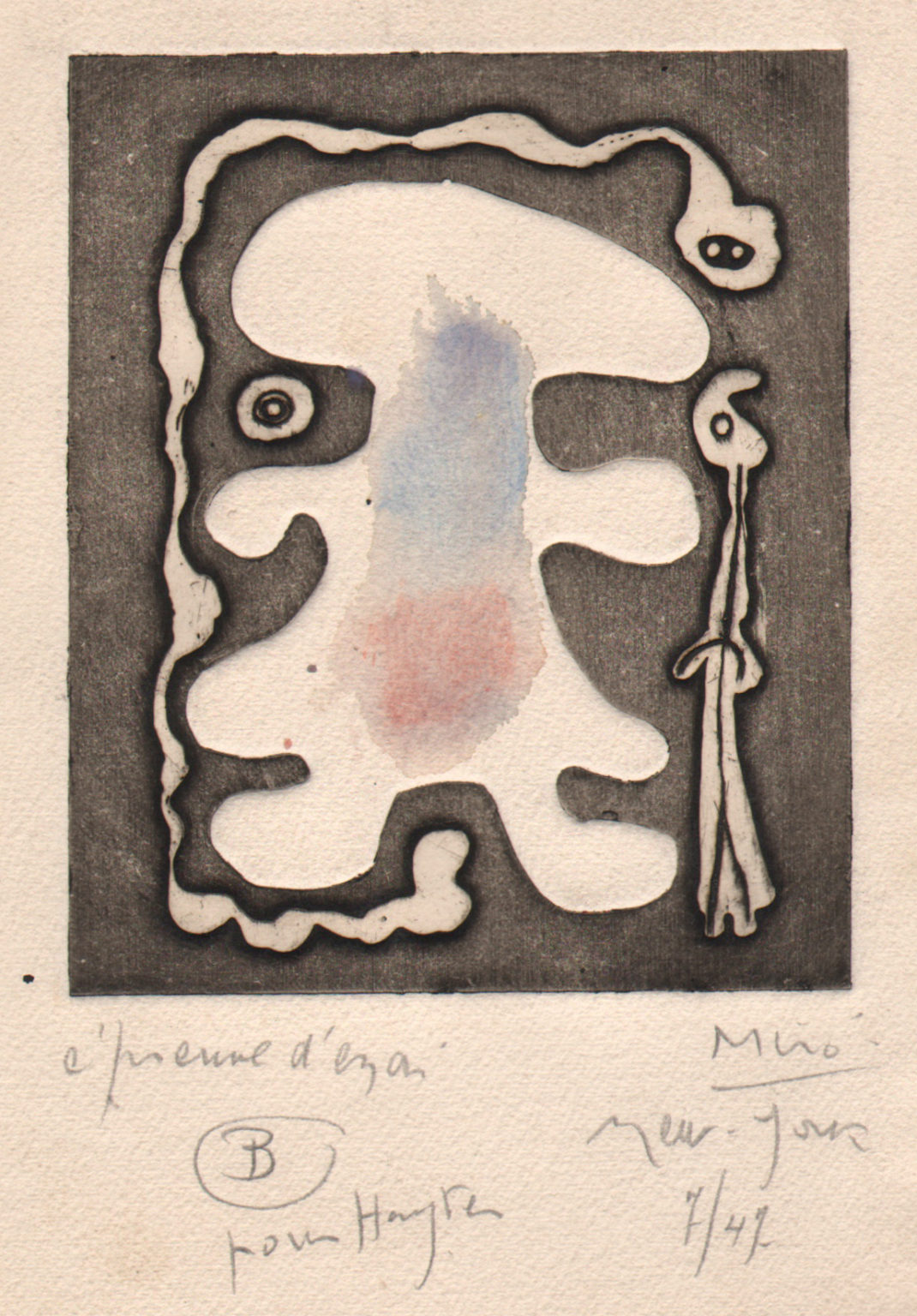 Both Miró and Hayter were key participants in the community of artists in Paris who ultimately formed the core of international movements in contemporary art from the 1930s to 1945. In the 1940s, many of these artists, including Hayter, moved to New York to escape the horrors of the Nazi occupation of Paris. There the confluence of these émigrés and the ingenious and energetic American artists who created Abstract Expressionism fueled the relocation of the center of the art world to New York. Miró and Hayter remained central to these cultural environments in Paris and then New York. Hayter’s Atelier 17 in New York became the nexus for the commingling of European and American artists and their ideas soon after its establishment in 1940. Miró and Hayter, who became friends in Paris in the 1930s, both loved to push boundaries and collaborated on two portfolios of engravings made in support of the Spanish Republic, which was at war against General Franco’s fascist forces.

Miró in New York, 1947: Miró, Hayter and Atelier 17 will include works by Fred Becker, Herman Cherry, Terry Haass, Gabor Peterdi, Helen Phillips, Anne Ryan, Yves Tanguy and others, all of whom worked in Atelier 17 alongside Hayter and Miró.

The exhibition includes works from the Museum’s Permanent Collection and loans from Dolan/Maxwell Gallery, Philadelphia, and private collections.