Mark Rothko: Selections from the National Gallery of Art 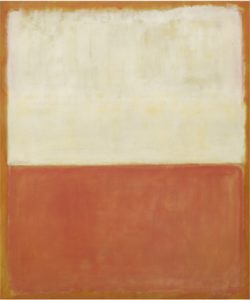 One of the preeminent artists of his generation, Mark Rothko (1903-1970) was a leader of the Abstract Expressionist movement. The Russian born artist is also closely identified with the New York School of Painters that emerged during the 1940s as a new collective voice in American art. During a career that spanned five decades, he created a new and impassioned form of abstract painting. Rothko’s work is characterized by rigorous attention to formal elements such as color, shape, balance, depth, composition, and scale. He was also fascinated by human psychology and the state of the mind.

This exhibition will include not only the iconic color paintings of the 1950s and 1960s, but also works from the 1930s and 40s when Rothko employed more representational and symbolic imagery. In these pre-World War II years, Rothko began to express the tragedy of the human condition, while looking for new subjects and a new idiom. He said, “It was with the utmost reluctance that I found the figure could not serve my purposes….But a time came when none of us could use the figure without mutilating it.”

By the late 1940s, Rothko had virtually eliminated all elements of surrealism or mythic imagery from his works, and nonobjective compositions of indeterminate shapes emerged. He also largely abandoned conventional titles, sometimes resorting to numbers or colors in order to distinguish one work from another. The artist also now resisted explaining the meaning of his work. “Silence is so accurate,” he said, fearing that words would only paralyze the viewer’s mind and imagination. Most of the graphic artwork on view at the Academy Art Museum is on exhibit for the first time.